My Dad has taught me a lot of important stuff throughout my life: never let anyone compromise your integrity, better to be lucky than good most days, working hard will set you apart, etc.  But, yesterday over a coffee with a friend, I was reminded of one of the most important lessons he taught me. 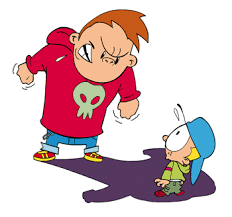 Like most kids, I was a teen age “know it all” who thought I was smarter than the rest of the world (some would probably argue that I never grew out of this, but I digress).  My Dad, to entertain himself mainly, took great pleasure in pushing my buttons in this regard.  When I would start running my mouth about some particular topic, espousing my vast insight on the issue, he would always take the opposite side of the issue and start provoking me.  At that age, not only was I an annoying know it all, but I was also a bit of a hot head.  I would get really worked up, to the point of being angry in these discussions.  The more fired up I got, the more my Dad seemed to enjoy the conversation.  He was teaching.  And, I never won an argument.

Dad was tweaking me.  He was pushing my buttons, and I responded every time.  And when I responded, I lost my cool and with it, my ability to have a civilized conversation.  In these moments, I stopped listening and stopped learning.  And, I used to get really angry with him for doing this to me.

Of course, I eventually realized that he wasn’t doing anything to me, he was just making a couple of comments in the context of a conversation about some topic or another.  I was choosing to react to his comments as hostile and in doing so, I completely lost my head.  Once that happened, I had no ability to engage in a real conversation and any opportunity I had to influence was lost.

The main lesson I took from all of this was:

Most times, you take away a bully’s power by choosing not to engage.

If you don’t fight back or freak out, you aren’t any fun to bully.  This doesn’t mean that you become a push over, but it means that you can’t let others dictate your emotions and responses to situations.

Within organizations, I have seen this kind of aggression used to gain politic power and to distract attention from what really matters.  If I am a manager or VP over a division that’s not performing extremely well, a tactic I can use to keep the heat off of me is to pick on another area (HR anyone?).  If I start pointing fingers and accusing others of being responsible for failing to support me appropriately and they respond, the attention within the organization is now drawn to either the conflict or the other department’s response.  Either way, the eyeballs are off of me and my lousy performance.  It happens all the time.  And, we usually take the bait.

Don’t get caught in this trap.  It’s tempting to feel like you need to defend yourself and fight back every time something like this happens.  However, if you are taking care of business and performing in your own right, then the best response to an act of aggression is often a non-response.  Be polite, be friendly, and add no fuel to the fire.  A vast majority of the time, the bully will simply go away.  They have now power without you giving it to them.

And, the happy by-product of this approach is that your level of day to day aggravation will decrease dramatically.  We give energy to much of the turmoil around us.  When we stop feeding it, most of it goes away.  Less aggravation leads to a lot more fun at work.

All stories by: Jason
The Danger in Adding Too Much Value
It’s Just a Game