Reebok Gets Smacked, But Who is Really at Fault? 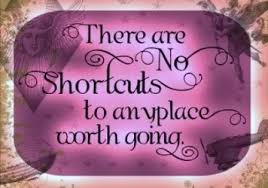 Last night, as I was watching Diane Sawyer give me the news, I saw a story that really struck me.  Yesterday, shoemaker Reebok agreed to pay a $25 million settlement to the FTC for a claim that they practiced false advertising related to their “tone up” shoe line.  You’ve seen the advertisements.  These are the shoes (there’s also a similar line by Sketchers and others) that claims to tone your legs and butt by simply walking in them.  Apparently, if you buy these magical shoes, they will make your legs and butt look like a Kardashian simply by wearing them around.  The FTC didn’t buy it.

According to the Reuter’s article, here’s how David Vladeck from the FTC summed it up:

“We did get consumer complaints. We watch TV. We read the newspapers,” said Vladeck. “There is no such thing as a no-work, no-sweat way to a fit and healthy body.”

So, Reebok got whacked yesterday.  It sounds like Sketchers is probably not too far behind in line to get a little smack down itself.

At first, this bit of news delighted me.  We live in an era of spin where it seems that authenticity and honesty and truth are rare, so it felt good to me to see the feds come after Reebok for, what seems to me, like an obvious and blatant false advertising campaign.  Not only that, but one that preys on the the insecurities of women.  My initial thought was “Good for you, FTC.  It’s nice to see the government doing something positive.”

But, then I started thinking more about it.  According to the ABC News stories, there were $1.1 billion of this type of “workout without the workout” shoes sold in 2010 alone, of which Reebok sold $340 million.  How is it that so many people are buying these shoes?  Shouldn’t a reasonable person see an advertisement like this and be able to make a determination that they are being sold a line of BS?  I remember when I first saw an ad for these shoes.  I chuckled because I didn’t think anyone would actually buy them.  I was wrong.  Apparently, a lot of people took the bait.  This begs the question, how severely should the shoe company be punished if we are silly enough to buy a shoe who’s value proposition is so clearly ridiculous?

For what it’s worth, I think where Reebok got in trouble was that they made claims that involved percentages and numbers to make it sounds like they had real scientific evidence of the shoe’s magic abilities.  But, even so, our bullsh*t detectors should go off any time we hear something that resembles this statement: “Get amazing results that you will value without any work on your part.”

This to me as just another reminder of something that successful people learn early in their lives, there are no shortcuts.  There is only hard work and preparation.  When you work hard and prepare yourself to succeed, you will find opportunities to capitalize upon.  Unless you are born to rich parents, there is no quick way to get rich.  And unless you were blessed with really great genes with super fast metabolism, there is no quick way to get in great shape.  And, generally in business, there simply is no quick path up the ladder.  Getting rich, getting in shape and getting ahead all require hard work.  Anyone who tells you differently is deceiving you (and probably trying to take your money).