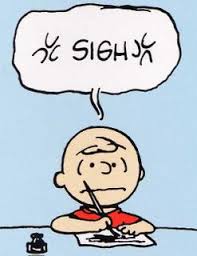 Well, yesterday was just one of those days.

The day got off on the tangent it was going to travel at about 7 a.m.  That’s when my two year old son, the tiny tornado of destruction named Colton, apparently decided that we needed a new television.  He was walking through the living room, innocently enough, carrying a foam covered toy baseball bat.  In hindsight, having a bat of any kind in the house was a poor parenting choice, but I digress.  Then, as my wife was walking over to get him for breakfast, it happened.

He swung the bat.  He wasn’t even facing the TV when he swung, but the bat found it anyways.  And, as the bat hit the TV, the picture vanished.  The bat had crushed the panel of our flat screen.  In the blink of an eye, it had happened.  It was a goner.  Toast.

I wasn’t actually in the room when this happened.  My wife relived the story with me once she calmed down enough to tell it.  And, as we stood in the dining room talking about what had just happened, I uttered the five words that helped me change my life many years ago.

There was nothing at that point I could do to change the outcome.  Colton is a handful.  He’s every story you’ve heard about the terrible twos all wrapped up into one child.  But, he wasn’t trying to break the TV.  And despite the fact that I really wanted to be mad at him for this, I couldn’t be.  After all, we shouldn’t have ever let a bat in the house and we certainly shouldn’t have let him carry it around.

But here were the facts.  My two-year-old son swung a bat that I allowed him to have in the house and he accidentally broke the TV.  That’s it.  I happened and it was now time to decide what to do next.  We decided we needed to replace the TV, so that became the next step for us.

Channeling these five words in my career as a manager, leader, and HR guy has been invaluable.  People do some silly things.  People say some silly things.  Unfortunate things happen sometimes.  And whenever I encounter something unexpected, I utter those five words.  They remind me that reality happens.  There’s no point in arguing with it.  The only positive thing we can do is absorb the facts of what happened, and then take forward action.  This approach has allowed me to drastically reduce the amount of unnecessary emotion that I used to have in my life and my work.  It keeps me grounded and helps me navigate more smoothly through difficult situations.  Without emotion, you can see situations and people much more clearly.

Perhaps it will work for you too.  Next time you want to get really angry at a co-worker, boss, spouse or child, stop yourself and instead say, “It is what it is.”  And then focus on what you can do next to help improve the situation.  This approach has changed my life.  Perhaps it will yours too.

All stories by: Jason
If Charlie Sheen can be Replaced, So can You.
Guest Post: Birthdays in the Workplace